He said he is clean. He promised he “never” does this. It was my first time. 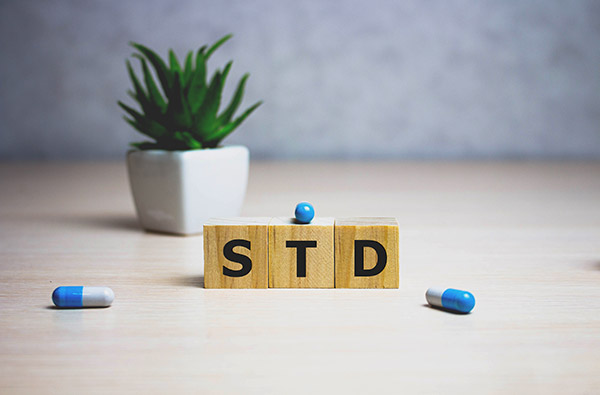 STD/STIs don’t discriminate. Just because someone says they are clean, doesn’t mean they’ve been tested. They may think they are clean, but in reality, they may not be. And, get this, just because you don’t see any symptoms of infection doesn’t mean the infections aren’t there. Some STD/STIs have no symptoms and go undetected until you are tested. Check out the incubation periods for the most common STD/STIs – www.verywellhealth.com/how-long-before-std-symptoms-appear

Also, just because it was your first time doesn’t mean it was your partner’s even if your partner says it was his or her first time. How can you be sure? Every person you have sexual contact with exposes you to their sexual past and the sexual pasts of everyone they’ve been with. According to the medical website Zava, if you have had 3 partners and your partner had 3 partners, you have been indirectly exposed to 1,092 people and their possible STD/STIs. Scary isn’t it? The more sexual partners you have, the more exposure you have. It’s just that simple. 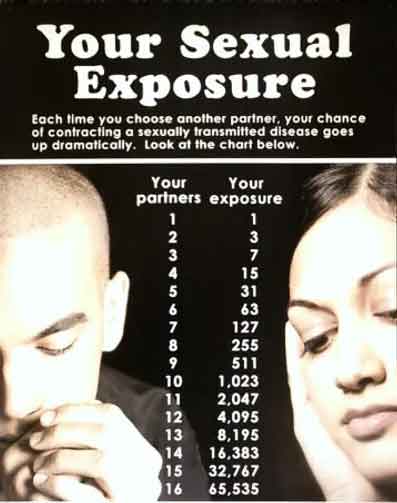 The Center for Disease Control (CDC) estimates that nearly 20 million new sexually transmitted infections occur every year in this country. Half of these occur among young people ages 15 – 24. STD/STIs are very serious issues and if untreated can cause lifetime complications. STD/STIs can be viral or non-viral. Non-viral STD/STIs can be treated and cured if caught in time. Viral STD/STIs are not curable. Yep, that’s right. Viral STD/STIs are with you for life. One deadly viral STD/STI is the Human Papillomavirus (HPV). According to the CDC, 79 million Americans are infected with HPV. The worst part is that there is no test to detect if you’ve been infected. You only know if you’re positive if symptoms arise or you come up with an abnormal pap test. HPV is linked to genital warts and a variety of cancers including cervical cancer. Every year, close to 20,000 women are affected by cancers that are linked to HPV. That’s a lot of women.

Look, a lot of people are afraid to talk about STD/STIs because they could be embarrassed or ashamed. But, here at Bridges, we see all different kinds of women in different circumstances. We are all so much more alike than we are different. Unless you are abstinent (not engaging in any sexual behavior) you are susceptible to infection. We don’t judge, we just want to help you become educated about your body. Contact us to schedule an appointment to meet with one of our licensed medical providers for your FREE STD/STI test. *Currently, we only offer STD/STI testing for pregnant women. 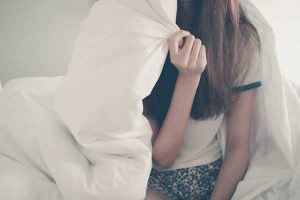 What are the symptoms of a STD/STI?

Depending on The STD/STI, there may be zero symptoms, subtle symptoms, or raging symptoms. That’s why it’s so important to get tested so you know your next step of action.

According to the Mayo Clinic, see below for some typical symptoms of an STD/STI. Just because you have one or more of these symptoms does NOT mean you have an infection. It is important to really make sure you are taking the best care
of your body now and for your future!

Here are a few symptoms for men:

Want to know more? Click here to see the most common types of STD/STIs and their symptoms 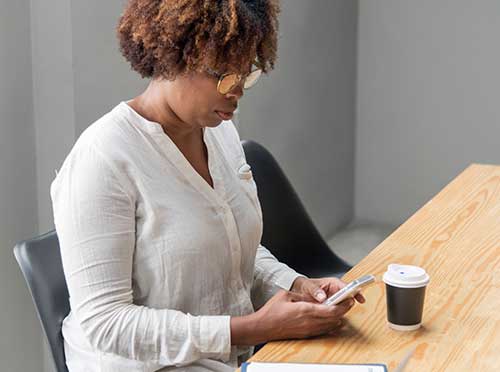 How Do I Get an STD/STI?

How Can I protect myself from an STD/STI?

If you feel like you may be in a situation where you can’t say no or you are in fear for your safety – you may be involved in an abusive situation. Not sure? Click here to learn what abuse is, the warning signs and some resources.

Note to Parents and Mentors:

Life brings all kinds of challenges we weren’t expecting – including STD/STI and pregnancy concerns. If someone comes to you with concerns about their sexuality or sexual activities, listen and let them share. Coming to you means they trust you and they feel like you will offer them sound guidance. Make sure you listen and ask questions as to best understand their situation. Try not to shame them or sound disappointed. It takes great courage to chat with parents or adult mentors about their personal sex life and preferences. If you feel unable to help them, then give us a call. We are here to help you as well! We can suggest great resources and are happy to support you!